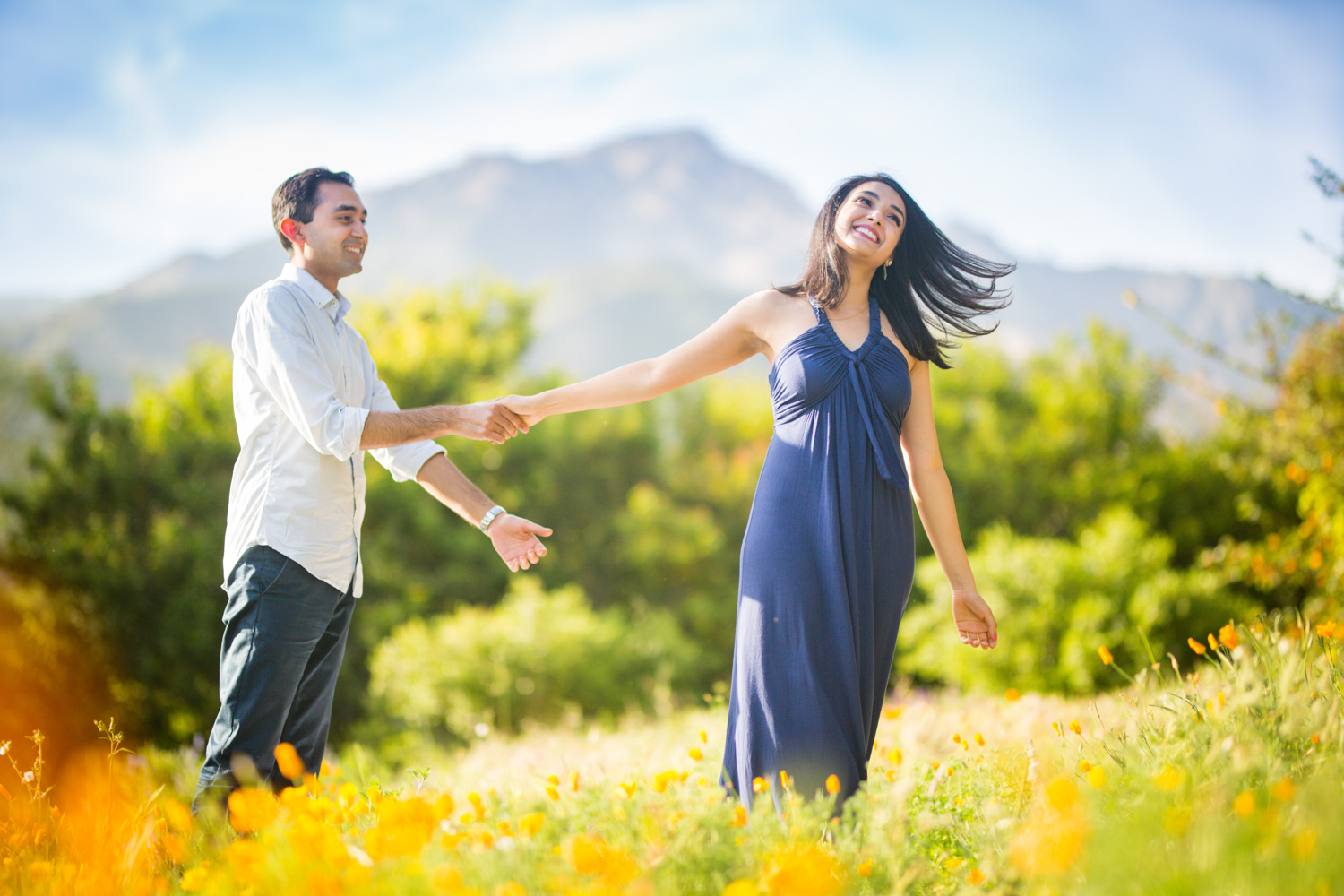 With its wide-open spaces, history, and beautiful beach sunsets, Santa Barbara is the perfect place for engagement photos and courthouse weddings

Santa Barbara is actually an outdoor paradise, so when Neeta and Nipun asked me to photograph their engagement session around Santa Barbara, we were able to take photos in several different (and beautiful!) locations.

Courthouse weddings have always been popular for elopements, but in COVID times, courthouse weddings are even more popular. Even so, the visual of an old cement building and dim lighting is less than romantic.

Weddings at the Santa Barbara Courthouse set a new standard that I just don’t think other courthouses can live up to. So naturally we started out with Santa Barbara Courthouse engagement photos! This lovely couple planned to get married before the pandemic hit, but naturally their plans have been thwarted multiple times. One day they’ll tie the knot in a huge Indian celebration. Until then…at least we had this beautiful day of engagement photos!

After that, we headed to a secret location with the famous California poppies. Making careful not to harm any of the gorgeous orange poppies, we took photos against the magnificent SB mountains, the orange blooms (and bees!) all about.

The Santa Barbara Mission (technically the Old Mission Santa Barbara) is a gorgeous building close to downtown, and its light-pink-and-white building design is truly unique. It’s kind of hard to pass up such a place, so we had to get some photos here, too!

Having a Santa Barbara Mission wedding or Santa Barbara Courthouse wedding are both excellent ideas, and you really can’t beat them considering they’re…buildings. As an adventure wedding photographer, I rarely rave about buildings, but these places? Seriously gorgeous.

After dolphin sightings and some frolicking above the ocean at a second secret location (yes, we really saw a pod of dolphins), we headed to Hendry’s Beach for sunset engagement photos.

Arroyo Burro Beach County Park is the official name, and though it sounds like the kind of place where donkeys are dancing around on a farm, it’s really quite a nice beach! The sunset there is amaaaazing, so we stayed until it got dark. For Arroyo Burro engagement photos, the sunsets and beach cliffs don’t disappoint.

I love the variety of landscapes that SoCal has to offer, so as far as Santa Barbara engagement photos go, you can’t lose! All in all, I’ll state the obvious: LA and Santa Monica are far more popular for weddings and engagement photos, but for hidden spots and fewer people, Santa Barbara has the beauty, romance, and mountains.

Ready for an adventure?

Fill out this simple form to ask about your elopement or wedding, and I'll get back to you within 24 hours. Cheers!

Omg this could not be more adorable!! That photo of their heads sticking out of the wildflowers is the cutest thing. 😀 Santa Barbara was already high on my list, but now it’s even higher!!

Awww thank you! It was a very cute place, minus the bees (no stings 🙂 )

This is such a great resource for finding gorgeous locations in Santa Barbara! I absolutely love the photos with the poppies, and that pink chapel is amazing!

LOVE the pink chapel. Can’t wait to shoot there again.

I freaking LOVE Santa Barbara and you definitely covered all the different locations that make it shine. Way to include the city/adobe style buildings that are so signature SB. You did such a great job capturing the vibrancy of the couple and place!

Thank you Jaymie! It IS so vibrant–love SB.

wow so many lovely locations I love all the flowers in the flower field. Awesome spots and great photos

I had no idea Santa Barbara was that stunning! And these two are absolutely the sweetest, love how you captured their love <3

Santa Barbara is so gorgeous! This is such a valuable post! Perfect for any couples ready for a stunning shoot!

Okay, Santa Barbara here I come! These photos are incredible! What a beautiful location to capture a love story! And that Chapel, WOW! Great work!

I appreciate that so much, Samantha!